A beloved comic strip classic comes to life at the Jerry Herman Ring Theatre when the University of Miami Department of Theatre Arts’ production of You’re a Good Man, Charlie Brown begins its run Feb. 18, which continues until March 7. The play will be running in tandem with Dog Sees God: Confessions of a Teenage Blockhead, a satire that features the same Peanuts characters as wild teenagers.

You’re a Good Man, Charlie Brown is based on the legendary Peanuts comic strip created by the late Charles M. Schulz, which ran for 50 years and whose re-runs are still being printed in newspapers around the world.

The production will attempt to capture the look and spirit of the comic strip and bring them to life on the stage. The play consists of several short sketches and songs, imitating the brevity of the comic strips, while the sets and wardrobes attempt to remain faithful to the hand-drawn nature of the cartoon.

The show also presents the student actors with the unique challenge of displaying their dramatic, comedic, and musical skills – an opportunity they enjoy.

“It is great to watch these actors having a great time,” said junior JJ Flores, the production’s assistant director and a student actor. “The fact that they are having so much fun gives the show this unmistakable energy.”

The play made its off-Broadway debut in 1967 and ran for more than 1,500 performances. A less successful Broadway production of the musical ran in 1971.

A second Broadway revival debuted in 1999 with new music and dialogue. This version was nominated for four Tony Awards, winning two.

The musical looks to attract people of all ages who have grown up enjoying the Peanuts adventures in the Sunday funnies.

“I’m hoping that you can bring younger siblings or a parent can bring their little kids,” said Vincent J. Cardinal, chair of the Department of Theatre Arts. “We’re introducing a whole other generation to theatre.”

Although 40 years have passed since the play’s debut, audiences still have a soft spot for the Peanuts gang.

“I’m excited,” sophomore Alejandro Fonseca said. “I’m a huge Charlie Brown fan and I want to see if the production lives up to the comic strip and all the TV specials.”

The opening performance on Feb. 18 has already sold out, as has the Feb. 28 performance. Demand was so high that an extra week of performances has been added to the schedule. 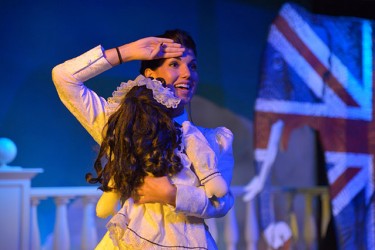 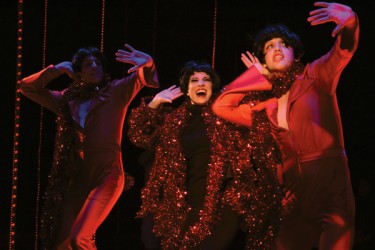