After receiving steady turnout for the broadcast of the men’s basketball team’s trip to the NCAA tournament last season, the Rathskeller decided to host tailgates for every away game this year.

“If there is an away game, and the Rat is opened, we have a tailgate,” said Kimberly Lawrence, the tailgate chair for the Rat.

Knowing that fans watch them play while they compete hours away from home gives players the support they need to perform their best.

“It’s always important for our fans to watch us play,” said redshirt freshman center Julian Gamble. “It’s good because we know we have support in Miami even though we can’t see them.”

Lawrence said that despite free food, giveaways and the basketball team on the big screen, the tailgates are usually not well attended. But being able to support the team that they love is a top priority for super fans and girlfriends of the players.

“I think it’s really beneficial for me to be able to watch the games at the Rat because I can be supportive of him even when he’s away,” said Allison Mathis of her boyfriend, freshman forward DeQuan Jones.

Anika Arevalo occasionally finds herself at the Rat if her boyfriend, Gamble, plays a game aired on a channel that she doesn’t receive at home.

As the buzz builds around campus, Lawrence hopes that the student population will find in them the same desire to support the basketball team while they are gone. A big fan of Hurricane basketball herself, she hopes more than anything that the tailgates will give students a chance to come together and show their support for the team.

“The tailgates are meant to be able to build up a fan base and allow students to show their school spirit,” Lawrence said. 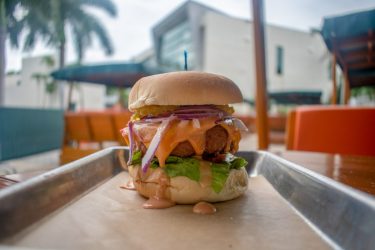