National Champion and All-American junior diver Brittany Viola was announced as an addition to the USA diving roster for the 2009 FINA World Championships in Rome.

Earlier in the week, Viola competed at the World Selection Camp in Columbus, Ohio, where she recorded the highest score in the one-meter springboard. She also scored two second-place and one third-place dives on the platform event.

The 5′5″ Orlando, Fla. native will join six Beijing Olympians in July as they compete in Italy.

Five members of the women’s soccer team were named to the 2008 All-ACC Academic Team.

To be eligible, student-athletes must have earned a 3.0 grade point average for the previous semester and a 3.0 cumulative average during her academic career. 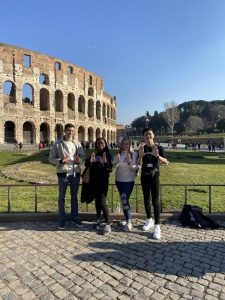