The University of Miami’s 2008-2009 equestrian team might be one of the best kept secrets in club sports on campus.

This team consists of 35 members, 18 of whom participate competitively. Although 10 of them are newcomers, the team is quietly making a lot of noise in the world of horse riding.

“I’m a senior so I guess I decided late, but basically I didn’t really know that it existed and I kind of talked to some people,” said senior Jessica Warren, who has been riding since kindergarten. “This is the first year I really decided to look into it and get serious about it.”

Competitive horse riding is unlike any of the popular sports at UM such as football and basketball.

“What makes it unique is that, unlike other sports, riding is an individual sport, but you’re with a horse,” sophomore Reba Evans said. “You’re having that bond with a huge animal and work and compete together.”

It all begins when a team arrives at the show and goes through a draw process, where all of the participants’ names are placed on a form in a random order within each class. Each participant gets a popsicle stick drawn for them, which has a number of a horse.

A rider has never ridden the horse before and this enables a level playing field.

Two classes divide the competition: a jumping class and a flat/riding class, though nine classes can be split into additional ones if there are too many riders. The jumping class consists of only those who compete on the novice level or above.

Judges score riders for their body position and the behavior of the horse. Sometimes riders receive re-rides because the horse may buck, rear or run off. Generally, a new horse is provided to the rider if it runs off.

To earn overall points, teams pick “point riders” before they get their horses. Certain individual points can also help the individual rider qualify for regions and nationals.

On Nov. 22 of last year, Miami finished fifth overall at the College of Charleston’s show. Seven individual riders placed in their respected divisions, including a first place finish for Warren in the Intermediate Flat, which consists of no jumps, and a third place ranking for sophomore Katie Sickling in Walk/Trot/Canter Advanced.

A day later, the Hurricanes traveled to Georgia Southern University for its show. Even though the team didn’t place, nine riders received high marks in their divisions.

Sophomore Lily Johnson-Ulrich qualified for regions by finishing first in the Walk/Trot/Canter Advanced and Warren once again placed first in the Intermediate Flat.

The equestrian team hosted its seventh-annual horse show on Saturday at Tropical Park and came in fourth overall.

“Overall we did really well. It’s extremely hard to do well at your own show,” said Evans, who finished sixth in the Open Flat. “We do a lot of traveling so we were putting stuff together weeks in advance for the show.”

All 13 girls placed, with Warren receiving the honor of High Point Rider after finishing first in the Intermediate Flat and second in Open Fences, which is a course of eight jumps.

“I was tied with another girl so we did a ride off and I won, so I was real excited,” Warren said. “What I love most about riding is it’s a lot of fun, it’s really rewarding at the end of the day and I love the horses. It’s a lot of work, but I’ve met so many people doing it.”

Dear V: How can I get my girlfriend to clear out the brush?
Letter to the Editor: UN’s World Conference Against Racism contrary to the group’s ideals 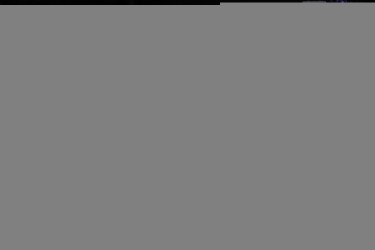