Brandon McGee (21) and Curtis Porter (96) throw up the U at the recruiting announcement last night. JESSICA HODDER // HURRICANE STAFF

A.J. Highsmith (Flower Mound, Texas) – Highsmith is a quarterback in the mold of Troy Smith, who, as many recall, won a Heisman. He has played quarterback for a limited time but showed potential in leading his team deep into the Texas high school playoffs. He will get a shot to prove himself as a quarterback in Miami, but many think he is too short and may end up at safety eventually.

Mike James (Davenport, Fla.) – James is an all-around back, and has enrolled early. If he can master the blocking schemes, he has a shot at immediate playing time. He looks like the type of downhill, between-the-tackles runner that the Canes have been looking for since Tyrone Moss got hurt in 2005.

Lamar Miller (Miami, Fla.) – Miller is, in this writer’s opinion, the most underrated recruit in the nation. He was the top running back in Dade County this year, which immediately qualifies him to be considered amongst the top handful of players in the nation. He is a big play threat with the size to get 20 carries per game eventually.

Bryce Brown* (Wichita, Kan.) – Brown remains committed to Miami although he has not yet ended his recruitment. He is the best high school senior in the nation and is electric in every aspect of the game. He immediately becomes the most talented offensive weapon on the roster if he signs with the Canes.

Stephen Plein (Fort Myers, Fla.) – Plein is still in the process of enrolling early and looks like a developmental offensive tackle prospect. However, given Miami’s depth concerns, Plein will probably start out as a blocking tight end.

Billy Sanders (Coeur d’Alene, Idaho) – Sanders was a Cane, then a UCLA Bruin, then a Cane again on signing day. He is big and looks to be athletic enough to develop into a solid tight end for Coach Shannon. If not, a move to defensive end could be in the works. Think a bigger version of Charles Zellner.

Brandon Washington (Miami, Fla.) – Early enrollee from prep school who could be a mauler at either guard or right tackle.

Jermaine Johnson (Fort Lauderdale, Fla.) – Another early enrollee out of prep school who will compete at the tackle position. Athletic and strong, he twice committed to Auburn before ending up with the Canes.

Jared Wheeler (Plantation, Fla.) – Could be a Derrick Morse-type of lineman. Tall and strong, Wheeler has the smarts to learn several positions and compete at any of them.

Malcolm Bunche (Newark, Del.) – A tall, athletic, strong prospect at offensive tackle. Will probably need a year or two to learn the system and the fine points of line play, but has the potential to be a star left tackle.

Corey White (Tampa, Fla.) – High school tight end who will play tackle at Miami. Has a great frame and is still growing. Will need to add about 30 pounds before he can contribute in any way on the line, but is being groomed as a Jason Fox-type of tackle prospect.

Olivier Vernon (Miami, Fla.) – Vernon is a very athletic prospect who could be a hybrid linebacker/defensive end in the right scheme. Played middle linebacker in high school and will be a factor on the UM depth chart after enrolling early.

Dyron Dye (Sanford, Fla.) – Dye is a speed pass rusher who may take some time to develop but has potential to be an effective pass-rusher in the rotation.

Curtis Porter (Charlotte, N.C.) – Porter is a big, run-stuffing defensive tackle who many think could play on the offensive side of the line. He has enrolled early and is the type you love to pair with a pass rusher inside.

Luther Robinson (Fort Pierce, Fla.) – Robinson is a penetrator at defensive tackle with a lot of pass-rushing potential. Will need time to develop, but will provide a great body for the rotation eventually.

Shayon Green (Tift County, Ga.) – Green played all over in high school and looks to grow into a defensive end. However, if Green has the hips, he has the size to be a run-stopping middle linebacker.

Brandon McGee (Lauderhill, Fla.) – McGee has enrolled early and might be the best athlete in this class. Will factor in immediately as a returner and should develop into a fine coverage corner with size.

Jamal Reid (Lafayette, Fla.) – Reid is an explosive player who could play corner or wide receiver. He has the potential to be a playmaker on defense.

Prince Kent (Norcross, Ga.) – A free safety prospect who, like Webster, will be a type of hybrid. Very athletic and the type of centerfielder every team needs.

Ray Ray Armstrong (Sanford, Fla.) – People project Armstrong as either a tight end, defensive end, linebacker or safety. He played quarterback in high school. However, no matter where he lines up he will make plays. I think he will start at strong safety and move to linebacker if he outgrows the position. He has a great size/speed combination and will be a star.

Signing day superlatives
Dear V: How can I keep my man’s bro away? 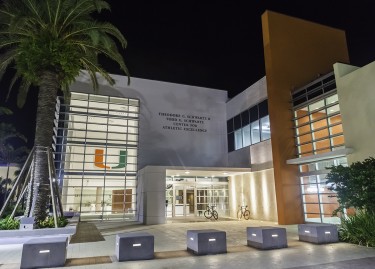