Mark Whipple will be the new offensive coordinator at the University of Miami, according to a statement released by the Hurricane athletic department.

“Miami is a tremendous university with great academics and great athletics,” Whipple said in a statement. “It has been one of the most successful football programs in the country winning five national championships. I haven’t worked with too many of them, but the thing I always admired about them is how much pride and respect they have for the school.”

“Mark has been successful in every phase of his career,” Shannon said. “He developed a Super Bowl quarterback in Ben Roethlisberger, won a national championship as the head coach at UMass and created an effective and potent offense most recently for the playoff bound Philadelphia Eagles. Aside from being innovative at his craft, Mark is a tremendous individual who will positively impact our student-athletes on and off the field.”

An announcement is expected at 1 p.m. today at the Hecht Athletic Center.

Matthew Bunch contributed to this article

Stay with TheMiamiHurricane.com as this story develops. 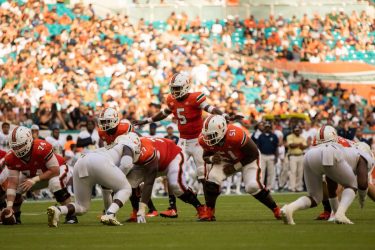