A riveting exhibit, “The Divine Comedy by Salvador Dalí” takes Dante Alighieri’s poetic depiction of hell, purgatory and paradise and transforms each canto into illustrations of the horror and beauty of life after death.

The 100 watercolor illustrations line the walls of three rooms each corresponding with a specific book in The Divine Comedy: Inferno, Purgatorio and Paradiso. Each image gives a similar explanation of Dante’s cantos but with a different view.

In Inferno, grotesque interpretations of hell line red and white walls, exuding the painful and suffering consequences of sin.

The final sequence of images, placed on sky blue walls, evokes the happiness and calm of Paradiso. The exhibit ends on a high note of hope and celestial paradise.

Only a few illustrations contain a description, so bringing along all three books would be useful. The exhibit can be enjoyed by all but a familiarity with The Divine Comedy helps in understanding the true caliber of work Dalí produced.

Some say imitation is the greatest form of flattery but, in Dalí’s words, “Those who do not want to imitate anything, produce nothing.”

Who: Spanish painter, graphic artist and writer Salvador Dalí is best known as the leader of the surrealist movement. In 1951, the Italian government commissioned Dalí to create a series of illustrations that depict Dante Alighieri’s The Divine Comedy. 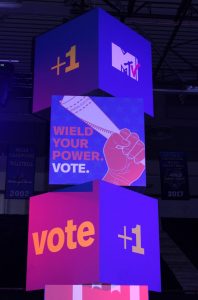