So this is it. The final editorial of the semester. We’ve come a long way here at The Hurricane these past few months. One addition we particularly enjoy is the addiction series. It only makes sense, then, to couple that with the onset of finals season.

We naturally start with the addictions involved with the actual process of studying. Adderall and caffeine both supplement and complement each other. Many people use one or the other to boost focus, but those who choose to legally or illegally consume the miracle pill tend to drink coffee to exponentially increase their productivity and concern for the subject at hand.

Let’s speak of them individually. Adderall, on the demand side for those econ majors, is extremely easy to obtain during these next few weeks. Illegal users seem to feel no shame in both purchasing and popping the pills in public. On the supply side, legal users tend to sell out of their “product” in the first few days of finals, thus increasing demand further. Those who are prescribed “addy” can usually be seen spending their excess cash in the days following final exams either on strippers or other illicit drugs, such as ganja or cocaine. The only proof needed to prove caffeine consumption increases would be to check out Starbucks’ increased profit margin for the next few weeks – enough said.

But while the pill poppers and coffee drinkers wait for their respective drugs to take effect, there’s really only one thing to do – and it’s certainly not start studying. Procrastination. Whether you frequent addictinggames.com or Facebook, there’s consistently a handful of studious men and women browsing sites outside the academic realm, not to mention the attention-consuming Blackberry.

The next two addictions, one of which wasn’t covered in the series, are sleeping pills and sex. While sex addiction is certainly not healthy (i.e. “Californication” – David Duchovny), it and sleeping pills both aid in the conclusion of a long day in the library. While sleeping pills are taken as a result of being strung out on pills or coffee, they almost act as a cop-out. Maybe you should’ve focused a little more on time management.

Sex is a much safer (use a condom!) alternative to pills. For one, the act is clinically proven to reduce stress and, well, at least it’ll put a smile on that grim library face. Good luck taking a break in the stacks for some booty; it’s going to be packed.

All in all, good luck and be aware of your habits. 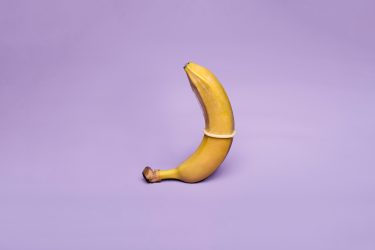