When Barack Obama has something to say, rarely does anyone turn a deaf ear.

During his recent interview with “60 Minutes”, the president-elect vowed that he would “throw [his] weight around” in trying to get college football to switch from the current BCS format to an eight team playoff system. While the idea of a college football playoff is nothing revolutionary, it does carry some extra gravitas when delivered by the soon-to-be leader of the free world. To some, at least.

John Swofford, the commissioner of the ACC and current BCS coordinator, has made it quite clear that he has no intention in changing the way we decide our national football champion any time soon – and why would he? Citing the excitement and controversy that the current collegiate regular season has, he feels that it would be dulled down by implementing a playoff system.

However, we all know that the real reason Mr. Swofford and athletic directors all across the country seem to be so smitten by the BCS is not how excited they get over October football, but by the gigantic sums of money that are made by artificially inflating and selling the importance of some random games in January. Just recently, ESPN bought the rights to show all BCS games from 2011 to 2014 for, get this, half a billion dollars (some recession, right?). With that kind of coin being tossed around to show the Fiesta Bowl for four years, it should come as no surprise that we fans are stuck with arguing about which one-loss team is better than the other, only to have a math equation determine it for us.

Let’s not be so quick to forget what happened back in 2004. Auburn went undefeated through the gauntlet that is the SEC schedule, only to be rewarded by being on the outside looking in at the national championship game. We all should have known then and there that the BCS experiment had failed. We did. But with the dollar values ever-increasing for television, merchandising and other BCS game tie-ins, there was no way that those in charge were going to willingly kill their cash cow.

Any real college football fan simply cannot argue for the continuation of the current BCS format with a straight face. To say that the BCS is worth it for the excitement of regular season games is to say that the Bush presidency was worth it for the jokes we had along the way. In each case, all we have to do is look where we are left after the fact – and the answer becomes pretty clear.

President Obama is going to have plenty on his plate when he takes power. And although implementing a college football playoff might not be top priority, it might take someone of his stature to return college football to the fans.

Senior Spotlight: Ashley Woods
This is a free-of-thought zone 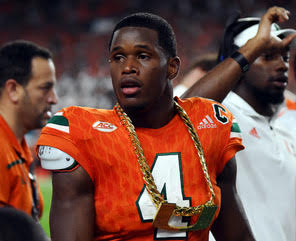 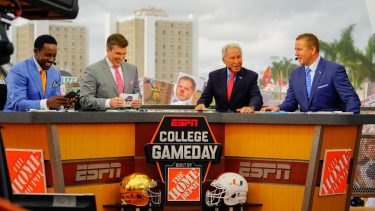 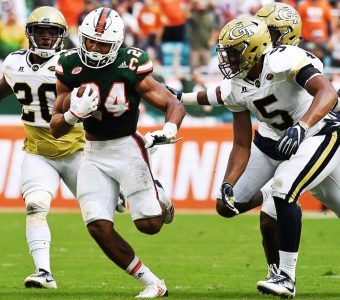