Every year since 1970, thousands of people from around the globe have traveled to San Diego, Calif., to attend the world’s largest comic book and fantasy arts convention. Comic-Con International, while popular with fans of the genre, has never launched a Hollywood movie that reverberates with millions of teenage hearts – until now.

In July, the cast of Twilight, a movie based on the insanely popular vampire-meets-romance novel by Stephanie Meyer, appeared on the Comic-Con stage.

“When each of our names were introduced, there were tremendous screams and applause,” says Edi Gathegi, the actor playing Laurent, a vampire in the film.

Gathegi says screams from 6,500 fans – many of whom camped out overnight – set the record for the highest decibel level ever reached at the convention. The scene has repeated itself in malls across the nation, including at Sunset Place in South Miami.

This Saturday, hundreds of Twilight fans waited in line for hours and paid $30 just to buy a movie t-shirt that Gathegi and co-star Taylor Lautner (Jacob) would sign. Just hours before the high-pitched screams and chants of “You’re so hot!” filled the air, Gathegi and Lautner are secluded in a hotel room in the Mandarin Oriental, talking with The Miami Hurricane about their blockbuster-to-be.

THE MIAMI HURRICANE: Some fans have even had their noses broken at a couple events. Do you feel any pressure for getting the movie right and giving them what they expect?

Edi: There’s only so much we can individually do. We have to trust on some level that we got the parts for a reason. Stephanie Meyer, who created the series, signed off on everyone who was cast. When she gives her seal of approval and she’s on set as a consultant, I think she’s going to make sure they’re doing her vision justice. That’s what I think ended up happening. Working on the movie and getting to see it, it’s very close to what [she wrote].

Taylor: At the events, I love the broken noses. Security hates me. I love getting [fans] excited.

TMH: So you’re the one stirring everyone up?

Edi: He’s stirring them up on a regular basis. Security says, “Don’t hug her!” He hugs. The girl goes, “Ahhh! I wanna have your babies!”

TMH: How has Stephanie Meyer reacted to the film? Is she happy with it?

Edi: I sat next to her [at a dinner] and sort of monopolized her time. She said the movie is the most romantic movie she’s ever seen and she’s unbelievably happy with it.

TMH: Do you think people are finding vampires sexy again because of this series?

Edi: I think people have found vampires sexy from the inception of the whole vampire world. I think it never really goes away. It comes and goes in waves, but it’s always there. I think people are attracted to the power a vampire has – the strength, the speed, and, in some versions, the power of seduction. Right now is another hot time for vampirism with Twilight and True Blood, so vampires are back.

TMH: When will the vampires be backing another comeback? Is there any talk about a sequel?

Edi: Actually, none of us knew, but yesterday I think I read in the Hollywood Reporter – and I don’t know how accurate that publication is – but they said they just optioned the next two with Melissa Rosenberg as a writer, so I’m not starting that rumor.

Taylor: It doesn’t mean it’s happening. It just means [Summit Entertainment] has the property now. They’re getting ready maybe, but they’re going to wait for Twilight to come out before they give it an actual green light.

TMH: From all views it looks like it’s going to be huge. How does it feel be a part of this movement and not be able to see it from the outside looking in?

Taylor: It’s crazy. We still don’t believe it. We’re getting a little bit of hints here and there.

One of those hints: As of Monday night, online ticketers Fandango and MovieTickets had sold out more than 700 and 400 Twilight screenings, respectively. The movie opens on Thursday at midnight.

UM Rathskeller to remain open until Spring Break
Our opinion: Be at the Rat for the remaining football games 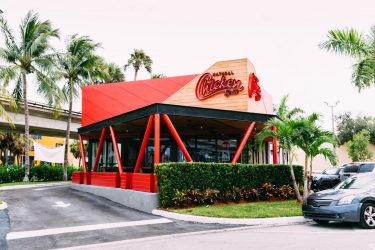