Home » Who does Austen think he is?

Who does Austen think he is?

Let’s set the record straight: I hate Sarah Palin just as much if not more than any other University of Miami student. But that doesn’t mean that I’m going to take it out on her home state, because what did Alaska ever do to you? And that brings me to the question: Who the hell does Austen Gregerson think he is?

I must have missed all the “cocky” Alaskans that Austen saw interviewed. From what I’ve seen, Alaskans just look like fools for having once voted for someone as incompetent as Sarah Palin into office and for having possibly just elected the first convicted felon into the Senate. Even they know how stupid they look; Alaska is the only state to have less voter turnout in 2008 than in 2004, from 69.1 percent down to 45.1 percent, even with their native daughter on the ballot.

But let’s begin with a fact check. Where was Alaska 50 years ago? Where was Miami 50 years ago? Actually both Alaska and Miami came into their present beings in 1959; the Castro coup in Cuba caused Miami’s Cuban population to soar, and Alaska finally became a state after the gold rush had already been booming for over seventy years.

And that huge “folly” of buying Alaska from the Russian Empire? It cost America a whopping $7.2 million ($360 million with inflation). The war in Iraq costs us approximately $410 million a day, and remember a few weeks ago when we spent $700 billion on the Wall Street buyout? What fools we were to buy a huge plot of land that is full of gold, zinc, coal, timber, natural gas and oil, and that was advantageous during the Cold War.

Luckily, Austen not only set the record straight on purchasing Alaska, but he also imparts us with the knowledge that we apparently own Iraq. I was unaware of our superior imperialistic prowess. Austen clued us in that we own not just Iraq, but also the Pacific Ocean and the Gulf of Mexico. Who knew?

Alaska is amazing for the precise reasons that Austen despises it. One person per square mile is completely different than the rest of America; it is basically the moon compared to Miami.

1.7 million people last summer spent their hard-earned dollars on a trip to Alaska. Dozens of them told me that coming to the untamed wilderness had been a lifelong dream of theirs. Apparently, Austen isn’t one of them, but why does he have to ruin it for the rest of us? 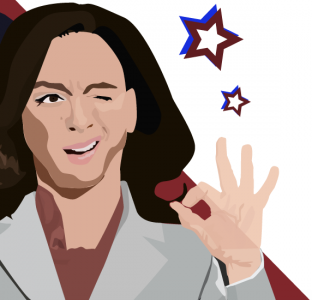