Home » Who does Alaska think it is?

Who does Alaska think it is?

Lately, an unexpected party has been thrown into the national dialogue. Alaska, once our quiet, second-cousin of a state, has now turned into the obnoxiously drunk uncle who likes to brag about how much better “his days” were.

And with that, I wonder: Who the hell does Alaska think they are?

Really? The state that claims a dogsled race as its biggest sporting event is going to get cocky all of the sudden? Where were you guys 50 years ago? Oh, that’s right; you weren’t even a state back then.

Once Sarah Palin became a household name after receiving the Republican nomination for Vice President, it seems like whenever an Alaskan is interviewed they have an air of confidence not deserved from a people who spend most of their days shivering. Maybe they have been driven to insanity by the seasonal perpetual sunlight, but with their ego you would have thought they had actually contributed something – other than oil and TV shows like “Deadliest Catch”, which center around how crappy it is to actually live there.

I hate to break it to you Alaska, but nobody in the continental US really cares about you other than when we want to hunt or fish somewhere far away, but can’t afford to go to Africa. Even though your expertise as a state of hunting wolves from a helicopter is unparalleled, it does not exactly merit the attitude. When we bought you from the Russian Empire, most of the country called the very act a “Folly” – that’s right, the country that used “Manifest Destiny” as its unofficial motto didn’t even think it was worth it to own you.

We know you guys were once considered the Last Frontier, but outer-space has since taken your place and frankly, it is way cooler up there. Maybe if you guys weren’t so busy being arrogant about being the biggest state, you would have time to remember that you’re also the least densely populated state, at roughly one person per square mile. I mean, even Wyoming is at 5.1 people per square mile, but do you hear them talking about how great Wyoming is?

The craziest part has to be the Alaskans who want to secede from the Union. And to that I say go ahead – see how much you’ll be missed by the rest of us. It’s not like we won’t be able to get oil from California, Texas, Louisiana, Wyoming, Colorado, Iraq, the Gulf of Mexico, or the Pacific Ocean. Oh wait, we own all of those too.

With all that said, the only thing Alaska is good for is keeping the state count at a nice, round fifty. But if they keep it up, I’m sure Puerto Rico would be more than happy to take their place. 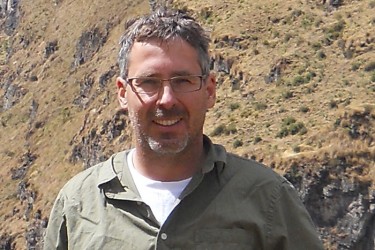