Home » Neoconned – the rise of a new Washington

Neoconned – the rise of a new Washington

Barring a dramatic shift in the political climate, Barack Obama will win on Tuesday. It is amazing to see such a huge cult of personality form around a candidate before he’s even in office. I think those left-liberals that rabidly support Obama will become incredibly disillusioned with Obama as president.

It must be a wonder to the intelligent Obama supporters that so many hawkish neocons are falling in line behind an “antiwar” candidate. Here are just a few: Ken Adelman supports Obama. In 2002, Adelman claimed that “Hussein constitutes the number one threat against American security and civilization” and he is infamous for writing “liberating Iraq would be a cakewalk.” Andrew Sullivan, one of the biggest cheerleaders for war, has fallen in love with Obama. The bloodthirsty and unremorseful Charles Krauthammer has all but endorsed Obama.

Truth is, Obama is far from being antiwar. He and the Democrats could have stopped the Iraq war long ago by denying funding. Reprehensibly, they shoved loads of pork into spending bills to justify their complicity in supporting an illegal and immoral war. Obama will expand the war in Afghanistan, launch military strikes in Pakistan and increase the military by almost 100,000 troops.

Obama wants to use more American blood and treasure defending the nascent Afghan government that is shifting towards a theocracy resembling that of the Taliban. Just last week a student and aspiring journalist there was spared the death penalty for circulating an article about women’s rights. The appeals court knocked the sentence down to 20 years. At least they have democracy now.

On Russia, Obama follows the advice of neocon Michael McFaul. To say McFaul is a hardliner on Russia is a huge understatement. If Obama keeps him on board, a new Cold War might emerge with NATO expanding to include Ukraine and Georgia. Bush is a dove with Russia compared to what Obama will be.

I wouldn’t be surprised to see many small, Clinton-style military interventions in Africa and other third world regions in the name of eliminating poverty and spreading democracy. Obama will further expand the American empire and intervene wherever he so pleases until we go bankrupt.

Obama is such a grassroots type of guy – that explains why 552 donors supplied him with almost a third of his campaign cash. Eleven of the top 20 sources of his funds are investment banks or Wall Street law firms. Obama brags that he doesn’t take money from PACs but the little secret that skirts campaign finance laws is “bundling,” the pooling of contributions from interest groups including corporations. Obama’s 600 bundlers, many of whom represent financial firms that benefited from the bailout, raised over $18 million. Could this money have influenced Obama’s “yes” vote on the bailout?

Oh yes, I forgot, Obama is above all this old politics and will change Washington. The more things change…

Our opinion: National voting holiday would relieve a lot of problems, lines
It’s hard to be patriotic 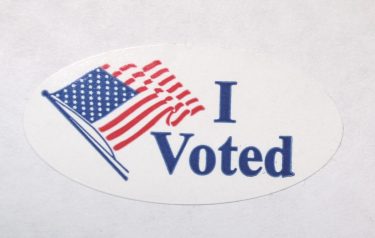