They say there’s no such thing as a free lunch, but who in the world needs lunch when you can have a free mixtape mashing up two of the world’s premier acts – Jay-Z and Coldplay.

By teaming with some of hip-hop’s top producers like 9th Wonder, The Kickdrums and Judah, Boogie and Urban bring the world an inspiring collection that all music fans can agree on. Finally, hip-hop heads and alternative enthusiasts can sit in a room and enjoy an album that truly transcends genre.

Sonically, the album works so damn well because it doesn’t compromise any of the artistry that Coldplay and Jay-Z bring to their tracks. There are no blends that alter Jay’s voice, and there are no cheesy drum patterns that outshine Coldplay’s anthemic instrumentation. Simply put, the producers knew not to mess with a great thing and instead mixed together the proven sounds of past collaborators.

From Jay’s heart wrenching reminiscing on “Lost Part 2” to his introspective paradox on “Science is Ignorant,” and his honest attempt at a love song on “What if We Cry,” listeners follow Jay’s storytelling over Coldplay’s hits as if they were tailor-made for each other.

Not since Dangermouse’s Grey Album has a mash-up been so innovative and successful. So it’s no wonder that just a week after its digital release, the tape’s received nods of approval from Jay and Coldplay and has big fans in everyone from John Mayer to Mike Shinoda.

For more info on the tape and download links, check out the project’s official site: www.vivalahova.com. 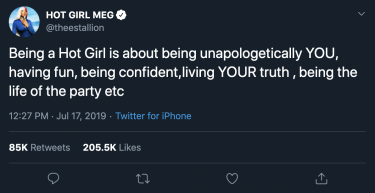