A suspect has been arrested in the killing and mutilation of an American Crocodile found in the university’s canal system, according to University of Miami media relations.

The crime, which occurred in early October shocked the university community and led to thousands of dollars in reward money being offered.  There is no word at this time whether anyone will collect the money.

The UM police department will the holding a press conference at 3:30 p.m. inside the BankUnited Center to give more details about the arrest.

Stay with TheMiamiHurricane.com as this story continues to develop. 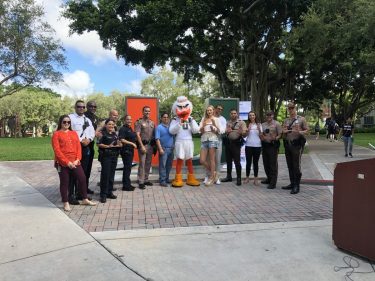