For the many people who gathered in the UC lower lounge Monday evening, there seems to be nothing better than nice hot pizza to enjoy while seeing a relentless, vicious political debate unfold.

In an event sponsored by the UM College Republicans (UMCR) and the UM Young Democrats (UMYD), students, faculty and parents gathered to witness a momentous clash of ideologies between five liberal and five conservative college students who presented and argued for the platforms of both Democratic presidential nominee Sen. Barack Obama and Republican presidential nominee Sen. John McCain.

“A lot of students still aren’t very clear on policy issues. That’s part of the reason why we’re doing a debate on our candidate’s positions and not on our personal platforms,” said Jason Stevens, president of UMYD and a co-moderator of Monday’s debate. “Students here can get a feel for what the candidates are about and hopefully it will give them an educated vote.”

“I think if the student follows an election and they see two politicians debating one another, it doesn’t hit home,” said Maria Pelfrey, president of UMCR and the other co-moderator of the event. “It hits home more when they see students on campus, that are their peers, that can actually get up in front of a group of students and talk fluently about the issues that affect them. It’s very healthy.”

The debate covered the five contentious issues of foreign policy, healthcare, education, the environment and the economy. Each issue was addressed by one speaker from UMCR and one from UMYD. Two minutes were allotted to each candidate to answer the questions, with one minute used for response time and rebuttals.

The troop surge in Iraq was inevitably discussed in detail.

“[Our allies] are looking for consistency and commitment,” asserted Samra. “What would they think if we pulled our troops out prematurely?”

“It did not allow for political reconciliation, which was the point of the surge in the first place,” Rivera said. “We were attacked by Al Qaeda, not by Iraq. Had we not moved our troops from Afghanistan to Iraq we would have caught Bin Laden by now.”

Other foreign policy questions concerned the rebuilding of rapport with American allies and whether terrorism is still a threat to the United States.

Next, the issues surrounding the state of healthcare in America were presented. Democrat Amanda Sussex faced off against Republican Ashley Nutter on how their candidates would work to help insure 46 million Americans who cannot afford health insurance. The debate then compared the merits of both healthcare plans.

College Republican Vinny Sidhu debated against Democratic rival Mark Daniels on issues of education and whether it should be a public or private matter.

“The only candidate with experience on the senate committee for education is Barack Obama.” Daniels said. “Utah, one of the most conservative states in the country, voted against vouchers!”

“Accountability fosters competition and competition improves quality,” Sidhu argued. “We cant allow the federal government to give money to teachers without going through the states.”

Sidhu then concentrated on the spending increase Obama proposes the federal government undertake as a solution to the problems states face with stumbling educational standards.

Democrat Nathan Lathan argued against Republican Remy Flor on the environmental policy of the two presidential hopefuls. This portion of the debate, as noted by the candidates in their arguments, demonstrated the biggest convergence in the policies of Barack Obama and John McCain.

Finally, solutions for the status of a slumping American economy were presented by Democrat Miles Strebeck and Republican Anthony Miller.

“He’s not going to be raising taxes on anybody. Obama says he’s going to lower taxes for 95 percent of Americans,” Miller said. “I just want you to remember that the five percent that he’s taxing account for over 80 percent of federal income taxes and over 70 percent of all consumer spending. He’s raising taxes on the engine that drive our economy.”

“It’s creating incentive not to work harder, because why should I work harder if [the federal government is] going to take 50 percent of every additional dollar I make?” Miller replied.

The debate concluded with a representative from Get Out the Vote that promoted election participation.

“Regardless of who wins, I think it’s clear that young people have developed a new voice and will be an important part of the electorate for years to come,” Samra said after the debate concluded. “Ignore us at your own risk!” 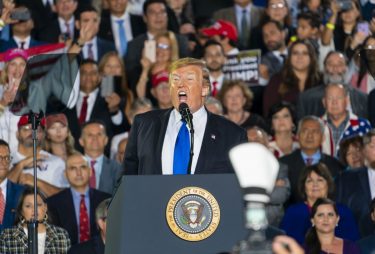 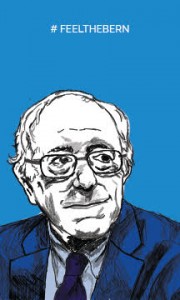