A suspicious package was found Sunday night at the Hillel building on campus, causing police to shut down Stanford Drive and call the Miami-Dade bomb squad, which detonated the package.

Dan Yagudin, the student leadership director at Hillel, found the object on a first floor soda machine and called campus police at 8:40 p.m. University of Miami police responded within two minutes, he said, and were followed in the next 20 minutes by Coral Gables police.

The bomb squad arrived around 10 p.m. after a bomb-sniffing dog searched the building.

Yagudin said the package was left by an “older” woman who has visited before and previously dropped off newspaper clippings.

Police do not think she is a student and had no further information at the time of posting.

This is first first time such an incident has occurred in at least the past three years, according to Hillel staff.

“It’s nice to know that the university takes threats to its religious minorities seriously,” Yagudin said.

Besides about a dozen police vehicles on scene, an ambulance was also on the scene as a precautionary measure, said one Coral Gables officer.

There were a few people walking around the area, but it was mostly cleared, with yellow caution tape running from Hillel to Ponce de Leon Boulevard to the Stanford Drive gatehouse.

Editor in Chief Matthew Bunch reported from the scene. 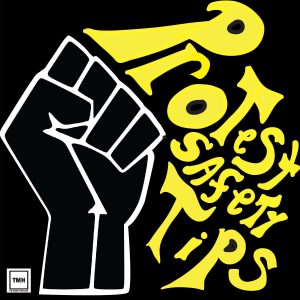