Home » The viral change – A new type of battery

The viral change – A new type of battery

According to a recent article by Discovery Technology News, scientists at MIT have discovered a new way to develop energy-storing devices. The technique – pouring a concoction of innocuous, genetically modified M13 viruses and cobalt metal on silicon film – could turn any surface, from a cell wall to a computer motherboard, into a battery. Angela Belcher and her colleagues discovered the stamping technique about three years ago when searching for an improved method of powering microscopic devices. Their experiments have yielded a bendable, minuscule battery that can be easily mass produced.

However, the scientists invented their first virus-powered battery in 2006. Since then, Belcher and her team have been refining the battery, creating energy-storing devices that can be woven into fabrics or emptied into containers. Even more remarkably, they have found that by stamping a base material like silicon to a surface, the negatively charged M13 viruses and positively charged cobalt ions can assemble batteries themselves. The configuration in which they assemble depends on relative charges and the shape of the stamp.

The use of a base material, silicon, is itself an innovation. Silicon’s pliability allows its compounds to assume a variety of shapes and sizes. Curved stamps, circular stamps and spherical stamps are all viable options. The element’s abundance, affordability and accessibility facilitate dreams of mass producing the viral battery. The principles of supply and demand make silicon relatively cheap to mine and process.

“Gram for gram, the virus-based batteries are roughly twice as powerful as traditional chemical batteries,” Belcher has said, “although the battery cells are so small – about four microns across – that exact measurements are difficult. It takes about an hour for an M13 battery to form.” Although individual battery cells cannot hold much charge, a battery of battery cells could handle significant quantities of energy.

Such technology could have numerous applications in medicine, including but not limited to uses in nanotechnology and cardiology. Yet each battery is rechargeable and more ecologically friendly than a traditional chemical battery. Furthermore, each battery could be equipped with really small LEDs. The diodes would light up in the presence of cancer cells, providing a significant service to oncologists everywhere.

Even more significant, the M13-powered batteries could replace the chemical battery entirely, becoming a part of the automobile and computer manufacturing process. With refinement, the inner surfaces of the car or computer could become the battery. Separate energy storage devices would no longer be necessary, because the batteries assemble themselves. 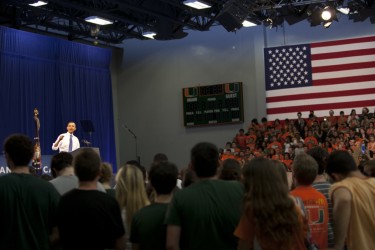