Don’t blink – you could miss it.

She bites her lip and takes a deep breath right before the plunge, every time. It starts with two bounces – down, up, down.

The last time, Olympic diver Jenna Dreyer flies up, channels her “inner bunny” and does a graceful front somersault into the water.

The rest of her team is still working on straight dives.

Dreyer emerges from the pool laughing, as she turns her head toward assistant coach Di Fazio and says, “The water always comes much sooner than I expect!”

She takes whatever criticism Di Fazio gives and hits the board again for another dive.

Dreyer is one of approximately 150 athletes in the sport of diving and attributes part of its greatness to this statistic.

“Where in a sport can you find 150 people that all know each other and have to compete for life dreams and Olympic golds and world championships and then later go out and celebrate and genuinely be happy for each other?” Dreyer said. “Divers are such cool people.”

Aside from the camaraderie that develops in the sport, Dreyer also attests to the fact that being competitive has an impact on character building.

“I think it makes you more disciplined. One’s work ethic [in diving] is different than someone without the experiences we get,” Dreyer said.

She also feels she has built strength to sustain extremely long-distance relationships, as her parents and siblings still reside in South Africa and her boyfriend is in Mexico while she remains in Miami.

Despite this, Dreyer persists, using this as fuel to succeed inside and outside the pool.

It was a long and demanding road for Dreyer, beginning about 17 years ago when she was just five years old.

Dreyer and her father were watching the Olympic Games, held in Barcelona.

Her father turned to her and told her that she was going to be an Olympian someday.

She wasn’t sure why her father told her that, or if he was being serious. However, a short two years later, after her father planted the Olympic-sized seed in her head, she switched sports from gymnastics to diving.

She then began training in the sport that would eventually take her to not one, but two Olympic Games and over a dozen foreign countries.

It took over 15 years of training – eight of which had to be done away from home. From age seven until age, 15, Dreyer trained in South Africa, but as a result of poor weather conditions and facilities she could not spend any more time there.

“You have to train 10-11 months out of the year to be competitive, so I had to move,” Dreyer said. “I picked up my little bag on my stick and headed out.”

Her first move was to Canada, where she was supposed to spend only six months training at a better facility. When it was all said and done, though, she spent three years there.

“It’s a lot of work and a lot of sacrifice.” Dreyer said. “You don’t really get to live a normal life and don’t really have extra time, but it’s all worth it.”

All the sacrifice and hard work would pay off, as Dreyer’s next stop on the globe was Athens, Greece, for the 2004 Olympic Games, where she competed in the women’s 3-meter springboard event at the age of 18.

“I was just so young then,” Dreyer said, reflecting on her experience. “At least now it feels like it.”

Looking back in retrospect, she believes that there was so much more she could have enjoyed.

Luckily for Dreyer, South Florida was not too far off, where she would begin collegiate diving and start to prepare for Beijing.

The choice to continue her diving career at the University of Miami was a relatively easy decision. Dreyer researched the university’s extensive history in the sports of swimming and diving and it became a no-brainer.

Once arriving in Miami, Dreyer did not waste any time. She was named ACC Diver of the Year and an All-American her freshman year.

She has continued with her solid performance, reaching All-American status, once again, during her junior year.

From here, it was off to Beijing for the summer Olympics, where she was set to do battle for the 3-meter gold.

Dreyer went in with very high expectations, but one unfortunate zero points dive eliminated her from contention.

“She was prepared to have the best international performance of her career,” head coach Randy Ableman said. “One bad take-off makes it so you can’t recover, no matter who you are.”

Although Beijing did not work out the way she’d hoped, two-time Olympian, two-time All-American and one time ACC Diver of the Year Jenna Dreyer will be making a splash for one final season at Miami.

“You just dive the best that you can dive, and that’s all you can do.” Dreyer said. “You can’t control the other divers or the judges, so if you can go out and do your best, you can’t ask for much more than that.”

Politics: On the trail
Dear V: What should I do after failing my personal taste test? 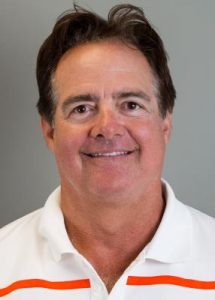 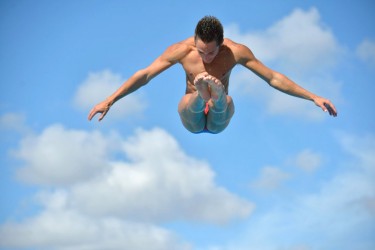