Home » Fright and confusion in the financial crisis

Fright and confusion in the financial crisis

In these days of widespread panic and distrust I, a patriotic and informed citizen, find myself wondering exactly what entity and/or individual should be held responsible for this current international financial disaster. The intricacies of the atrocity are rather fuzzy in my mind, but some scattered details about things called “credit” and “housing markets” and “interest rates” and “why didn’t anyone with the ability to affect events see this coming” ring in my ears.

Irresponsible lending institutions must be responsible. If those faceless monopolies were to have inculcated their leaders with traditional values before they began to succumb to the lures of greed and easy money there would have never been any defaults on any loans anywhere! As an informed citizen I understand that when someone cannot make payments on their loan(s) it is the fault of the bank. Some people never should have gotten loans and, darn it, it isn’t their job to know that! If you make $20,000 per year it is perfectly reasonable to assume that you can get a loan for a $250,000 home on terms you can afford.

Well, perhaps that isn’t quite fair. Maybe the blame can be placed as squarely on the people that took the unrealistically attractive loans as on the lenders that offered them. But… surely that rings false. There certainly aren’t multiple reasons for this condition. Asserting that we live in an age where the current crisis is only the natural result of trends years in the making is simply a blatant lie.

Oh, I know there are those in the media that would tell you that these current troubles are the fault of more people than can be counted and that the solution will likewise have to be multifaceted. They’ll surely say that greater restrictions need to be placed on lending and they may go so far as to suggest that those restrictions should be placed on loans made to the banks themselves. Some might speak of the necessity of recognizing that the world’s markets are too interconnected for the solution to come purely from the United States.

Can you possibly believe that kind of tripe? Who would be calling for a solution if they believed that the financial difficulties resulted from multiple problems? Don’t multiple problems require multiple solutions? There is one person or one entity to blame. We just need to find them. 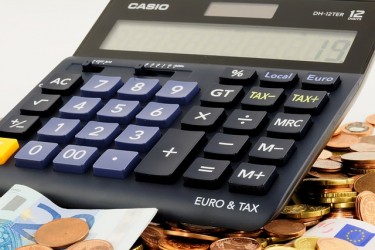