The University of Miami's Wellness Center will soon be renamed for Patti and Allan Herbert after an $8 million donation. CHELSEA MATIASH // Hurricane Staff

The Herberts met the first week of school at UM, fell in love and married. Yet besides this recent donation, the Herbert’s were first recognized for CHAMP in Nov. 2004. Because of their generosity several years earlier, the bridge in front of the Wellness Center was named the Love Bridge to commemorate the Herbert’ love for the university and each other.

And because of that love of alma mater, the couple donated $8 million this year to be used by the Wellness Center.

“We’ve been talking with the Herberts about this opportunity for a number of years now,” said Patricia A. Whitely, the vice president for Student Affairs. “We’re so thrilled and excited about this. It is a tribute to the alums and their love of UM.”

The building was initially named the George A. Smathers Student Wellness Center after the former Florida senator; subsequently the senator and the university mutually agreed to remove his name from the building and rename the exterior courtyard after him instead.

The unveiling of the name will take place on Oct. 23, when a party from 3:30 to 5 p.m. will celebrate and thank the Herberts for the gift.

But even with the planning for the future expansion of the Wellness Center, Whitely said this gift is a separate decision.

“We’ll know what we’re using the money for in the next six months. Hopefully it will eventually help with the expansion,” Whitely said, “But right now, we don’t know exactly what we’re using it for.”

Norman Parsons, director of the department of Wellness and Recreation, told The Miami Hurricane in an e-mail that they are all “thrilled to have Patti and Allan Herbert’s name on the Wellness Center.”

Don’t be ridiculous, I know what didn’t happen to the croc
Nightmare in Soho Studios 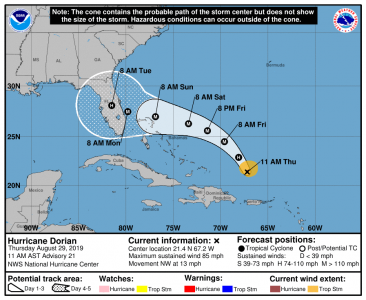