Five University of Miami groups are scrambling to help the victims of Tropical Storm Hanna and Hurricanes Gustav and Ike. The Caribbean Student Association (CSA), exemplifying their “One Love, One People, One Caribbean” motto, is working in conjunction with four other organizations to organize hurricane relief to aid hurricane victims in the Caribbean. The Haitian Student Organization (HSO) is organizing a toy drive for Haiti.

CSA will be working with the Organization for Jamaican Unity, the Bahamian Student Association and the Alpha Gamma Chapter of sorority Sigma Lambda Gamma.

The drive aims to support a region that has been devastated by a busy hurricane season which has already sent two major hurricanes and a tropical storm towards it.

“My friend called me, said he was homeless and asked if I could help,” said CSA President Keisha Baisden, a junior and Trinidad and Tobago native.

The most outstanding of the damage caused by Hurricanes Ike and Gustav and Tropical Storm Hanna has focused on the nations of Cuba and Haiti, killing 351 people in Haiti as of Sept. 9 and destroying most of the major crops in Cuba. The smaller islands had much of their infrastructure destroyed, leaving thousands without basic life necessities like water, food and shelter.

The disaster has come to showcase the Caribbean culture that unites all these nations. The call from Jamaica has extended into a relief drive to help Jamaica, Turks and Caicos and the Bahamas.

“We should do something about it,” Baisden said.

The relief drive will be collecting non-perishable goods, baby products, clothing, feminine products, batteries and flashlights. Donations can be left at the COISO Office in UC213, brought to club events or given to any CSA E-Board member. Donations can also be left with any of the four participating organizations that will be tabling in the UC breezeway for the next few weeks.

“We all have ties to these countries and the Caribbean,” Baisden said.

The exclusion of Haiti stands out, since it was the most affected by the hurricanes. Many Haitian students are helping with the fund, even though it will not reach their home country.

“If we want to work with them we’re welcome to,” said HSO Community Chair Cassandre Davilmar, “but I’d rather we work on our own.”

HSO is focusing on a toy drive with Shakaitutu, a multi-service production company, which is doing a concert in Haiti and handing out toys to the children of Haiti the days prior to the concert. HSO will be collecting toys until Oct. 24 in the COISO office. The toys must be appropriate for children from the age of 3 to the age of 17 and not promote violence.

Haiti has not been kept without help from the local community. The Miami City Hall began its own drive on behalf of Haitian victims last week, beginning collections at the Dolphins vs. Jets Game. Any donations can be dropped off at Miami fire stations, left with a Neighborhood Enhancement Team or any Dolphins’ representatives.

Students can learn more at CSA’s Web site, www.umcsa.com, and donate through www.the509project.com. 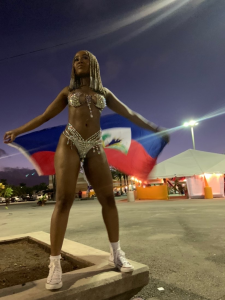